East Meets West on the Silk Road: Tracing cultural exchange from antiquity to the digital future 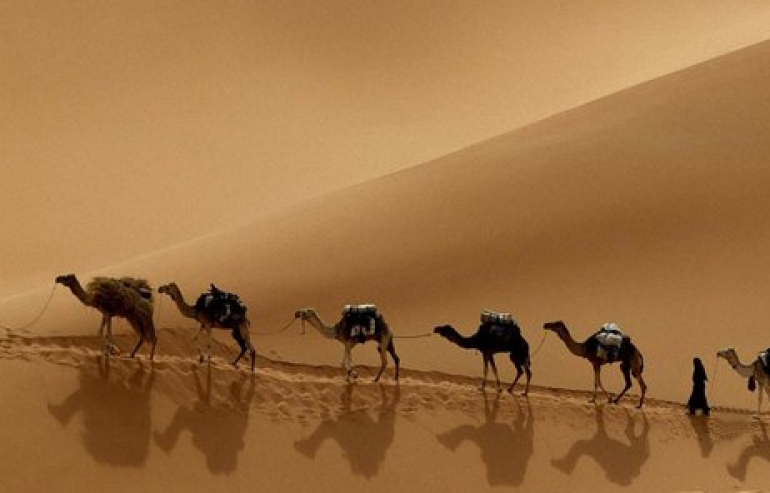 Did you know that the Silk Road was a conduit for intellectual, cultural and artistic exchange, as well as a place of commercial trade? Curious to discover more about its rich history of cross-cultural communication? Interested in learning about new technologies that are reimagining cultural heritage along the Silk Road?

Join us Wednesday 23 November for a thought-provoking discussion with our expert panellists:

Yin Cao, Curator of Chinese Art at the Art Gallery of NSW

The Confucius Institute at UNSW is excited to bring together these distinguished guests to impart their diverse experience with projects involving the Silk Road. Our panellists, Professor Sun Zengtian, Professor Sarah Kenderdine and Yin Cao, joined by panel moderator Dr Nicholas Morris, will share their expertise and insight into the history of East and West cultural exchange along the Silk Road, and the emerging trend of using new technologies to digitise its cultural heritage.

In conjunction with this forum, iCinema will be screening Pure Land: Inside the Mogao Grottoes at Dunhuang in two sessions open to the public. This augmented reality installation is a virtual reconstruction of an important Dunhuang cave, placing visitors in the shoes of an archaeologist exploring one of the world’s greatest treasures along the Silk Road.

Professor Sun Zengtian is a documentary director, producer and cinematographer for China Central Television (CCTV). He studied cinematography at the prestigious Beijing Broadcasting Institute, and following graduation began work as a director and cameraman at CCTV, the country’s leading TV broadcaster. He is acclaimed as a top ranking documentary maker, having directed and produced more than a hundred documentary programs and films over his career. In 2003, he produced Episode 6 “Life of Dunhuang” of the documentary series The New Silk Road, which explored the exquisite cultural heritage of the Mogao Grottoes and its preservation. Sun Zengtian was CCTV’s first-ever winner of an international television award and has since made numerous award-winning programs, becoming one of the organisation’s most decorated employees.

Professor Sarah Kenderdine researches at the forefront of interactive and immersive experiences for galleries, libraries, archives and museums. In widely exhibited installation works, she has amalgamated cultural heritage with new media art practice in the realms of interactive cinema, augmented reality and embodied narrative.  Sarah is Professor at University of New South Wales Art & Design where she is director of UNSW’s newly created transdisciplinary Expanded Perception and Interaction Centre (EPICentre) pioneering new visualization infrastructures and projects across the arts and sciences. Among a number of recent awards she received the Council for Humanities, Arts and Social Sciences Prize for Distinctive Work in 2014, the International Council of Museums Award (Australia) and Inaugural Australian Arts in Asia Awards Innovation Award in 2013. In 2016 she was elected President of the Australasian Association for Digital Humanities.

Dr Nicholas Morris (moderator) is an Adjunct Professor at UNSW Law and has worked in China during the last twelve years. He is currently also Guest Professor at the China Executive Leadership Academy, Pudong and Academic Visitor at St Anthony’s College, Oxford. Nicholas has an MA in Engineering and Economics and an MPhil in Economics from Balliol College, Oxford, and a PhD in Law from the University of New South Wales. He has been a Visiting Professor at City University, Fellow of Melbourne University, Academic Visitor and Senior Research Associate at Balliol College, Oxford and Visiting Fellow at The Martin School, Oxford. He has also advised Chinese government agencies and companies on banking reform, capital market development and regulation, and overseas investment, as well as on energy and environmental policy. His recent published work covers how to build trust in financial markets, how Taoism can provide useful lessons for Western markets, and co-operation across the legal systems along the Silk Road.