For the 5th year in a row, the Sydney Chinese Language Spectacular returns and is bigger and better than ever!

On the 24th of September, the 5th Sydney Chinese Language Spectacular was held at Sydney Town Hall. The annual event was co-organised by the Confucius Institute at UNSW Sydney and the Chinese Language Teachers Association of NSW. The audience of over 2000 attendees included many various VIP guests. From leaders of the NSW Department of Education, principals of the primary and secondary schools to the Chinese embassy and consulate, VIP guests also included representatives of various businesses and local members of parliament also attended the grand event.

As this year’s event coincides with the Mid-Autumn Festival (中秋佳节), the theme for the 2018 Sydney Chinese Language Spectacular was “Friendship and Connectedness” (团圆·友爱); which reflects the importance of this festival in bringing friends and family together. More than 800 students from over 30 schools participated in the event and the performances all followed the central theme of the moon and the Mid-Autumn Festival.

Performances included classic Chinese songs such as “Full Moon in August” (八月十五月儿圆), “Crescent Moon” (弯弯的月亮) and “The Half-Moon is Rising” (半个月亮爬上来).  Additionally, there were also classic Australian songs such as “Light up the World” (出来吧太阳),  “Waltzing Matilda” (丛林流浪) and “Still Call Australia Home” (依然叫澳大利亚我的家). Besides the main chorus, there were a variety of acts that included short plays, dance performances and poetry recitals.

One act, in particular, was a stunning sight and it was the musical performance of Jasmine Flower (茉莉花) by the Da Lian Primary School Chinese Orchestra, As the first bars of “Jasmine Flower” started, all local primary and secondary schools who were seated on the second level, took part in a beautifully coordinated fan dance that truly impressed the audience. The dedication of the 800 students in all their performances marks a milestone in their journey in learning Chinese, and also displays the true spirit of friendship and connectedness that is found both in and out of the classroom. 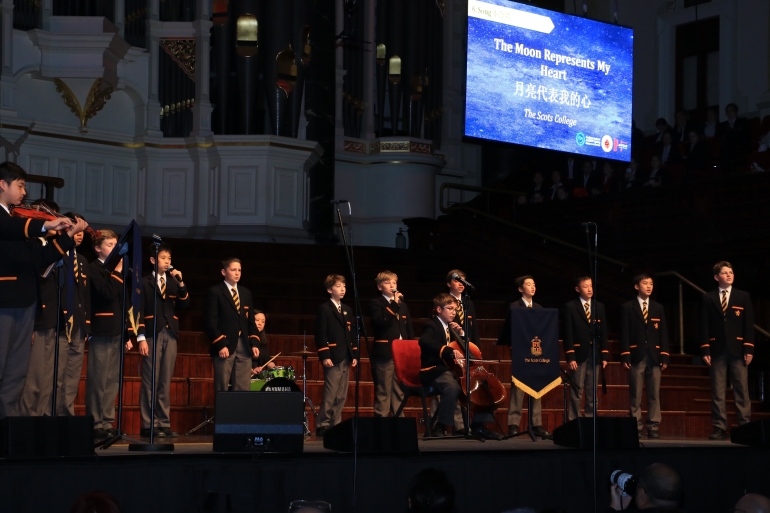 Several esteemed guests who attended the event included: Mr. Gu Xiaojie , Consul General, Mr. Mark Diamon, Principle of Lansvale Public School, as well as Mr. Matt Thistlethwaite MP and Mr. Chris Minns MP. In his speech, Mr. Gu Xiaojie, Consul General of the Chinese Consulate General in Sydney, talked about how the Chinese Language Spectacular has continued to connect China and Australia through sharing culture and traditions. He also commented on the enthusiasm of the students and their immersion in Chinese language and Chinese culture, which will undoubtedly continue to establish a stronger base of understanding for the future. Mr. Gu Xiaojie commended the Confucius Institute at the University of New South Wales and the NSW Chinese Teachers Association for their contributions to the Chinese language education in NSW. Additionally, he also acknowledged all the schools for their focus on Chinese language teaching. 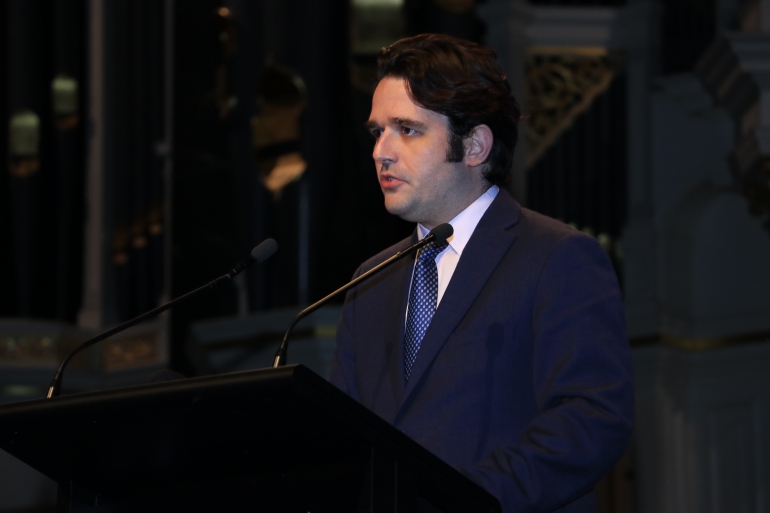 Two notable members of parliament, Mr. Matt Thistlethwaite MP and Mr. Chris Minns MP, were honoured guests of the night and both are known to have been actively supporting Chinese language education. Mr. Matt Thistlethwaite stated how inspiring the Chinese Language Spectacular is for language learners and also discussed his hopes regarding using Chinese as the main key to unlock more pathways for further positive China-Australia relations. Mr. Chris Minns mentioned his plans to list Chinese as a compulsory course for NSW schools and his hopes in furthering the development of Chinese education in NSW. 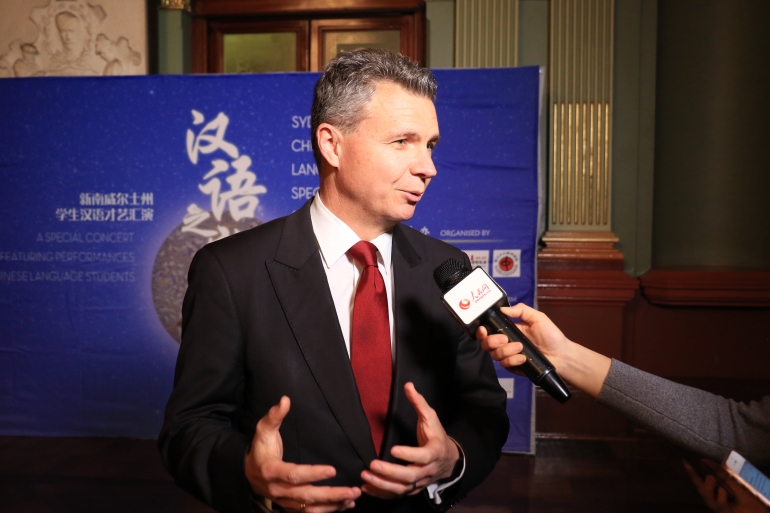 This year’s 5th Sydney Language Spectacular was undoubtedly a huge success and demonstrates how quickly this event has become one of the most prominent Chinese language and culture events in Sydney. Both local and Chinese media have covered the Spectacular this year and noted its positive impact in boosting Chinese learning in schools across NSW. 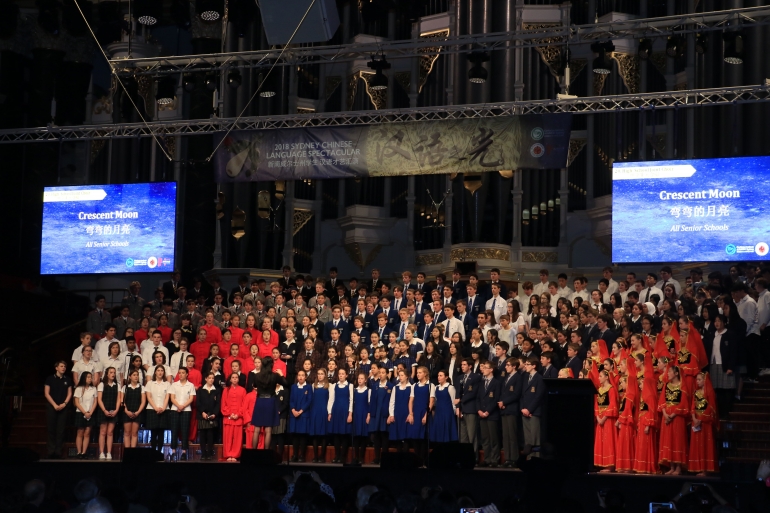