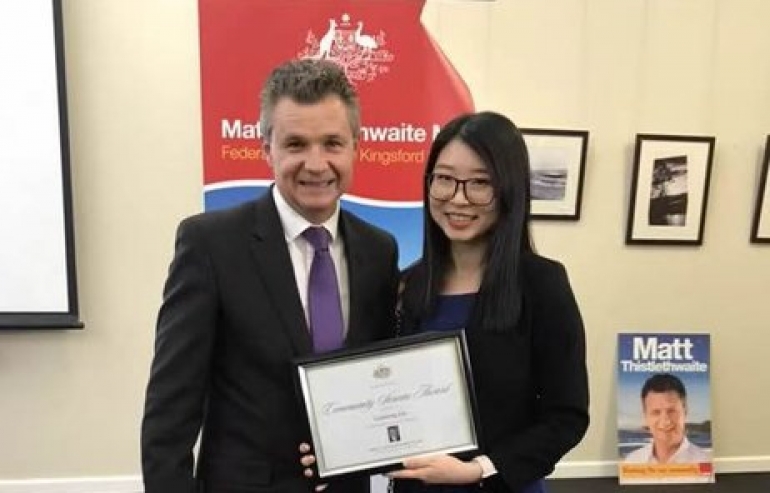 On the 22nd of November, Adjunct Lecturer and Senior Cultural Events Officer for CI at UNSW Sydney, Ms. Tracy Liu, received the 2018 Kingsford Smith Community Service Award from the Honourable Mr Matt Thistlethwaite MP, Federal Member for Kingsford Smith. The award ceremony was held by the Bayside Council at the Randwick Community Centre.

Since taking on the position of Senior Cultural Events Officer in 2016, Ms. Liu has been responsible for organising and creating all cultural events and projects for the Confucius Institute. She has played a crucial role in establishing the two biggest annual Confucius Institute events: the Lunar New Year Celebrations and the Sydney Chinese Language Spectacular.

Ms. Liu has continuously worked with the Bayside Council and the local members of parliament for the past four years to bring the Lunar New Year Celebrations and various aspects of Chinese culture to over 3000 residents. Planning for both the Lunar New Year Celebration and the Sydney Chinese Language Spectacular starts from as early as four months before the actual date and as the head cultural events co-ordinator, Ms. Liu works with not only the local government but also with local schools, as well as student and teacher volunteers.

The immense growth of the Confucius Institute’s cultural events has received much acclaim from students and staff at UNSW Sydney and most importantly, have had a large positive impact upon the Bayside residents. The Kingsford Smith Community Service Award reflects the high level of community engagement that the CI at UNSW Sydney is constantly striving to establish. These off-campus cultural events are part of CI’s development strategy and shows the deep connection that the CI has with local community. 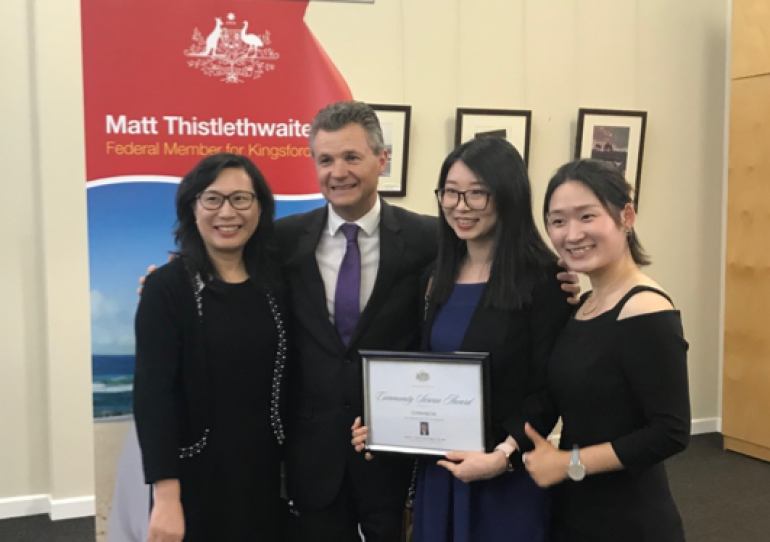