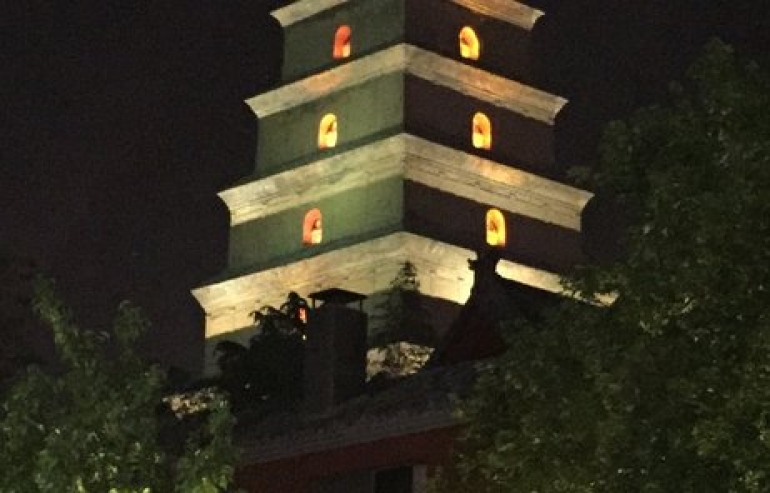 SYDNEY, May 26 (Xinhua) — The Australian higher education institutions must chart a course to Asia as China’s ambitious “One Belt and One Road” foreign policy initiative offers a pathway to the future, a leading scholar said in an opinion article.

Laurie Pearcey, former chief executive of the Australia China Business Council and currently director of China strategy and development at the University of New South Wales, believed the ” Belt and Road” initiative is one of the most significant developments in the world.

“With the Silk Road Economic Belt weaving through Eurasia, and the (21st Century) Maritime Silk Road spreading across Southeast Asia and into Australia, China sees this as critical to consolidating growing regional economic interdependence, and core to its political and trade diplomacy priorities,” he wrote in The Australian newspaper.

The “Belt and Road” routes, proposed by Chinese President Xi Jinping in 2013, run through the continents of Asia, Europe and Africa, connecting the vibrant East Asia economic circle at one end and developed European economic circle at the other.

Pearcey said the “Belt and Road” and the Asian Infrastructure Investment Bank (AIIB) were intrinsic in education as well as their other stated aims.

“Putting the AIIB to one side, China is separately investing more than 50 billion U.S. dollars in a New Silk Road Fund designed to build capacity and further integrate the regional economy,” he wrote.

Led by China’s prestigious Xi’an Jiao Tong University, this month sees the birth of the Universities Alliance of the New Silk Road at the symbolic start and finish of the historical and modern day incarnations of the famed ancient trade route.

“The new alliance captures over 60 universities spanning the emerging powerhouses of Asia, the Middle East and Russia as well as some of the world’s great research-intensive including the University of Liverpool, Hong Kong University of Science & Technology, Milan Polytechnic and the University of New South Wales,” Pearcey wrote.

All of this is a step to the future, he argued.

“Aiming to do what no institution would be capable of doing independently, this alliance recognizes that super regional connectivity to China will be vital to the evolution of the research and innovation ecosystems of the future,” Pearcey wrote.

But blockages in the Australian parliamentary system were causing challenges.

Pearcey said China has embarked on the largest investment in research and development in human history as the Organization of Economic Cooperation and Development forecast China will overtake the United States as the world’s largest spender on science and technology by the end of the decade.

“Unless Australian universities become part of Asia’s rise, their historic competitiveness will be eroded,” he warned.

Australia’s task is to suspend the parochialism of its current higher education debate before it plunges into the depths of another Canberra winter, and take that bold first step along the new Silk Road, Pearcey wrote.

This article first appeared in the Shanghai Daily.